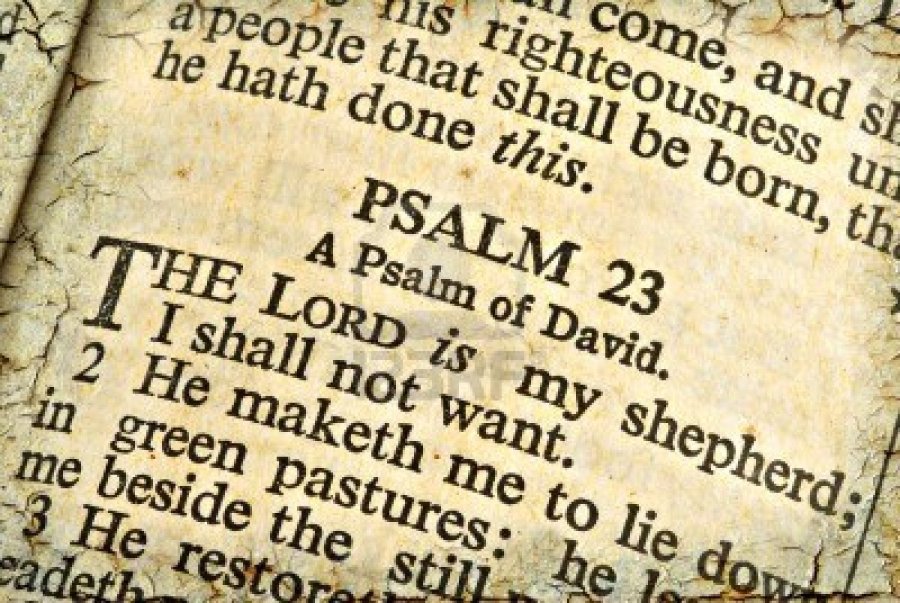 4 Even though I walk through the valley of the shadow of death, I fear no evil; for thou art with me; thy rod and thy staff, they comfort me

5 Thou preparest a table before me in the presence of my enemies; thou anointest my head with oil, my cup overflows.

The was an ambulance at the bank as My mom dropped me off a little early for work that day. The store was still closed. She always dropped me off in the alley behind Main Street where all the stores had entrances in back as well as the front. Beside the alley there was a large parking lot and the Midland National Bank drive up window. It was the summer before my last year of High School, and I worked for a clothing store. The manager must have been late that day, as the employee entrance was usually open by then.

I noticed an ambulance in the lane at the bank drive-up where a crowd was beginning to gather. I had time so I walked over to see who was hurt; it was a small town and it seemed our family knew everyone. I noticed Lee, my mom’s cousin, a tall man who was VP at the bank standing in front of me. I could see an old man laying on the ground as the EMT Techs were trying to revive him from an apparent heart attack.

I said to Lee, “Hey, who is that guy, I don’t recognize him?” When turned and saw it was me who was asking him, his face went pale. “That’s your Grandpa”, he said. My heart sank! I didn’t recognize him with his glasses off, false teeth removed, and his face so purple. I’d never seen anyone so close to death, except on TV; it was so different in person.

Psalm 23 is without a doubt the most well known, beloved of the Psalms. It was the first scripture I memorized as a child at Weekday Bible School. Interestingly, it seems the only time we hear or read it is at funerals. For most of my life I thought it was written expressly for times of death. However, in my ministry studies, when I studied the depth and meaning of the Psalms I came to realize that among all the Psalms, the 23rd is perhaps the most relevant to all of life, not just death.

The image of Jesus as our Good Shepherd is found in the writings of Saints John and Peter, as well as the writer of Hebrews. More than a Savior, Jesus is our Great Shepherd, and all who have faith in Him, are His sheep. He not only cares for the entire flock, He knows each one by name (Ps 95:7; Jn. 10:3).

Jesus is the source of all refreshing in life. The Fathers of the early church saw in Psalm 23 a threefold image of sacramental life in the Kingdom of God, the Church. They saw the cool waters as Christ restoring the soul of the believer in Baptism. And, in the early church, Baptism was followed by an anointing with oil called, Chrismation. And finally, they say Christ preparing a table before his sheep in the Eucharist of Holy Communion in this life, as well as in the Heavenly Wedding Supper of the Lamb in the life to come.

Psalm 23, was to the early church the Psalm of great comfort that described the very life of the believer, as He walked with the Shepherd. All of life is a valley we walk in the shadow of death, for all living things die. But thanks be to God we don’t walk alone; He is with us and we have nothing to fear.

As my Grandpa lay there on the ground that day, I began to fear death. He didn’t die that day. In fact, he lived for another year. During most of that last year of his life, I lived with him in hopes of being some kind of help to him. As I look back on it all, I can see as I lived in fear of Grandpa’s death, Jesus was with me, holding my hand through the valley.

I don’t know what your valley looks like, but I know one of the many things it includes is death. Yet, for those who believe in Christ death has lost its power. When you look at your life, don’t live in fear. You’re not walking through a canyon that ends in death. You’re walking through a valley that ends in life, life everlasting, life with Christ, and indeed with all those who in faith have gone on before you. I can’t wait to see my Grandpa again at the other end of my valley. What about you?

2 thoughts on “The Valley of the Shadow of Life”