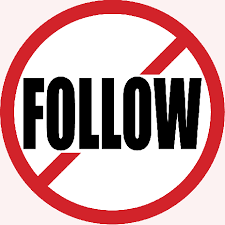 For many walk, of whom I have told you often, and now tell you even weeping, that they are the enemies of the cross of Christ: whose end is destruction, whose god is their belly, and whose glory is in their shame—who set their mind on earthly things.

If it’s true there are those whom we should follow in this faith, then it is equally true there are those we should not follow. St. Paul warns the Philippians there are those whose ways will lead to destruction, and sometimes they’re even part of the community of faith. Jesus warned of similar things. He said there will be many in the end of time who cry out to Him at the judgment that they did many miracles in His name, but He will declare He never knew them (Matt. 7:22-24).

Paul warns his readers that such people are actually “enemies of the cross”. He tells them there are two ways to spot them. First, their god is actually their own desire for power. And second, they’re shameful in how they call glory upon themselves rather than on Christ. Clearly these enemies have a certain charisma about them that makes people want to follow them, but in the end their way is always destruction.

Any ministry that does not flow from humility and give all it’s glory to Christ is a false ministry, an enemy of the cross, and we must be discerning of such things. The power of the resurrection cannot be duplicated for evil, but it can be mimicked. Things can have an appearance of power, but when we look deeper we see it’s really a façade.

So be careful who you follow and remember, Christ is risen…and so are you!

Heavenly Father, help me to be wise in discerning who to follow in your faith. Give me eyes of wisdom and fill me with your discerning, resurrection power. Amen. Alleluia!